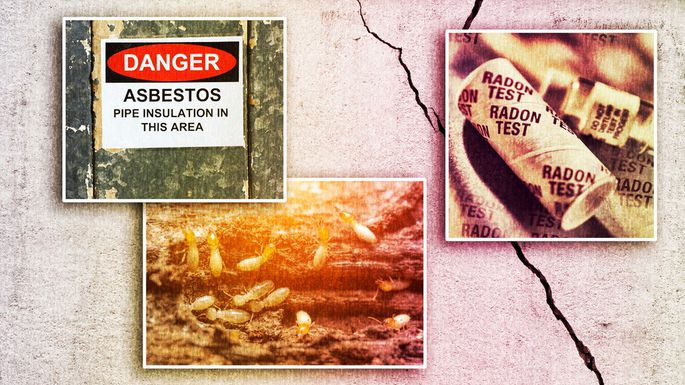 Most home buyers have in their minds a list of "deal breakers"—specific real estate features that they absolutely won't put up with in any property they purchase.

But guess what? Your deal breakers might actually be deal makers in disguise.

Waiting for that mythical perfect home to emerge can be a losing battle. Meanwhile, bargains are out there—they just need a buyer who's savvy enough to see past certain seemingly glaring flaws and realize that they're fixable problems. Here are some examples:

Whether it’s tacky Formica countertops or clunky overhead cabinets, it’s easy to turn up your nose at a retro kitchen. And, we get it—a kitchen remodel can cost big bucks! But before you walk away, figure out if it’s salvageable; for example, maybe it’s a great layout that just needs some cosmetic work, says Christina Souretis, real estate adviser with Engel and Völkers in Duxbury, MA.

“Since a bad kitchen is probably priced into the house, I consider it a benefit to the buyer, because you'll be paying less, and then you can pick out the exact kitchen you want,” she says.

And this theory holds for almost any cosmetic horror—whether it’s wood paneling, tattered shag carpet, or foil wallpaper—provided the house has good bones and is otherwise a winner.

Wow, the very idea of asbestos definitely makes you want to run away, doesn’t it? And yes, removal can be costly. But there is one exception: If that asbestos is in the floor, the situation can typically be taken care of by encapsulation rather than costly removal, says home inspector Welmoed Sisson, with Inspections by Bob in Frederick, MD.

The goal is not to let the dust particles become airborne, so she recommends covering the flooring with a resilient material with as few seams as possible, such as sheet vinyl, which can cost as little as $1 a square foot. “This strategy will virtually eliminate the risk of future contamination,” she says.

If the last sellers didn't pay all their HOA or condo fees, they get passed on to a new buyer. Only who would want to take on someone else’s debts? Someone who wants a total steal, that’s who.

"I'd scored a great deal on my first investment property, simply because the previous owner owed several years’ worth of dues," says Shayan Jalali, a real estate agent with Berkshire Hathaway HomeServices Warren Residential in Boston. “No one else bothered to do the research to figure out how much was owed, and the amount ended up being negligible, compared to the deal I got."

So if you hear of a house or condo with lingering dues from past owners, don't be scared off until you've asked one simple question: How much?

Water damage in a basement

We’ve all heard about the dreaded issue of a wet basement. The mold! The mildew! But if you are just seeing water stains in one area, it may be pretty easily fixable, Sisson says.

“The culprit is usually downspouts that drain directly at the edge of the foundation," she says. "Adding downspout extensions will often solve this problem.” All for about $30 each and a quick trip to the hardware store.

Those ominous cracks in walls don’t necessarily mean the house is going to fall over on itself, says Christian Nossum, a real estate agent with Wilson Realty in Seattle, WA.

“Many buyers think about foundation issues when they see wall cracks, but that's not necessarily the case,” he says. While drywall is now a common building material, prior to the late 1950s, interior walls were typically built with lath and plaster. Because of gravity and the normal house settling that occurs over the years, plaster can often crack, which can look very scary—but is often not a major problem.

An old roof can be a deal breaker, since they're so pricey to replace (check out how much a new roof costs). But sometimes the condition and type of roof means that the roof has dipped into the fountain of youth, contends Luis Dominguez with Douglas Elliman in Southern Florida.

“Most home inspectors I’ve worked with will mark a barrel-tile roof as past its life expectancy after 25 years, but these roofs can last beyond 40 years in the right circumstance,” he says. Just make sure there are no leaks or visible damage, and of course, double-check that your insurer will cover it.

Yes, radon is a dangerous radioactive chemical. Yep, that sounds incredibly frightening. But the good news is that it is almost entirely fixable with an abatement system. The system can run you $1,500 to $3,000, Sisson estimates, but when installed properly, it'll reduce the levels to about 0.5pCi/L, which is considered "background level” and perfectly safe.

Hearing that a property has termites makes a would-be buyer picture the home being eaten alive by insects, ready to blow over in a stiff breeze, says Dominguez. But in some climates, like the humid environs of Florida, they are pretty typical, since prevailing conditions provide a great breeding ground for them.

“A house would have to have a severe termite infestation for decades before it becomes a real issue,” he says. Instead of fleeing, he recommends tenting the home to cure the infestation. He estimates you can do a 2,000-square-foot home for less than $1,500, usually accompanied by a hefty warranty.

Not everyone can take great pictures—you only have to scroll through your Instagram to see that many people have not yet mastered the art of the selfie, much less a professional-quality listing photo. That’s why Nossum makes sure that his home buyers don’t pass on a home just because of photos that may look as if they were taken on a flip phone with the lights off.

“Usually, you'll get a good laugh and move on to the next house,” he says. But remember: That’s what everyone else is doing, too. “If you can get past the photos and go see it in person, often you'll be pleasantly surprised by what you find, which may well include an awesome deal that everyone else is passing up,” he says.

Print Details
Previous post
Next post
Do You Have to Disclose a Death in a House?
How to Get a Moving Estimate That Won't Become a Moving Target