Take the Plunge: The 4 Best Reasons to Buy a Home This Year 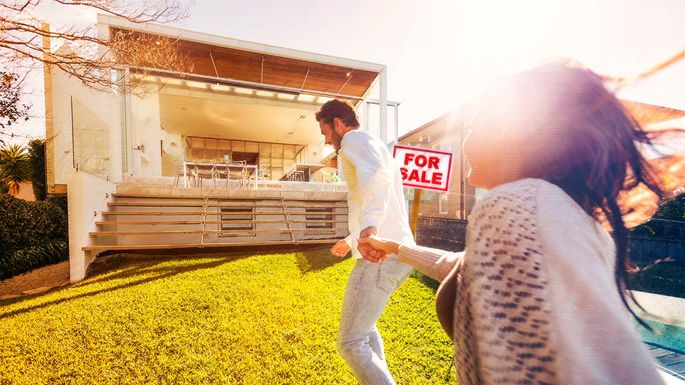 The housing landscape of the past several years hasn't exactly been friendly to buyers: the bidding wars, the eye-popping prices, the houses that sold before a "For Sale" sign even went up. It's enough to make any of us put our search on hold until we have a fighting chance at landing a home—without draining our bank accounts.

If you've been sitting on the sidelines, we've got good news and we've got bad news: Things are finally slowing down. But they might not slow down fast enough for your liking.

"If your resolution is to buy a home in 2019, you’ll have some challenges to contend with, but also some opportunities," says Danielle Hale, realtor.com's chief economist.

But the devil's in the details, and there are quite a few factors that could dictate whether this is your year to buy. Here are the four biggest reasons to take the plunge now.

1. There will be more available homes—or at least, not fewer
Tight home inventory has sidelined would-be buyers for several years now. Even if you could afford a home, too few of them were hitting the market to keep up with demand. Or, when they did, there was a good chance they were snapped up before you could even call your real estate agent.

But there's a catch: Not everyone will be able to afford those opportunities. That’s because the markets seeing the most increases in available homes tend to be more expensive, Hale says.

“For buyers, there is going to be more inventory. So that’s a bright spot," she says. "The downside of that bright spot is it might not be in their price range.”

If you don't have big bucks, though, all is not lost. The news is still good—just tempered. The supply of affordable homes for sale (under $300,000, which is about the median home price right now) might not be growing dramatically just yet, but it's certainly not decreasing anymore.

2. Skyrocketing prices will slow their roll
While inventory went down, down, down over the past few years, home prices did the opposite. Will we still see staggering dollar amounts throughout 2019?

It's another mixed bag here: Expect home prices to continue to rise (blah), but at a slower pace than they have been (yay). Hale predicts a 2.2% increase in home prices this year—compared with a nearly 5% increase last year.

That's not nothin'. And if you can get in the market before those moderate increases, all the better.

"We do still anticipate rising home prices, particularly for below-median-priced homes, so buyers in that price range may have some incentive to buy sooner rather than later," Hale says.

And there's a silver lining to those climbing home prices, too—again, for some of you.

"As rising costs raise the bar to homeownership, some would-be buyers will be knocked out of the market, so that remaining buyers may have less competition to contend with than they saw in 2018," Hale says.

3. Mortgage rates are lower than expected
There was a lot of discouraging talk at the end of 2018 about increasing rates—and there was good reason to be nervous. Rates on a 30-year fixed-rate mortgage, the most popular home loan, were approaching 5%—and expected to trend upward throughout 2019.

But that hasn't happened.

In fact, rates have been falling—perplexing the pros but creating a prime opportunity for home shoppers. Rates did tick up slightly last week—for the first time in 2019—to 4.46%. But that's still historically low.

"That’s definitely a huge opportunity for buyers because it drastically improves affordability," Hale says. "And I think that if these low rates persist for a little while, then we’ll actually see stronger sales than we originally forecast."

"Lower mortgage rates will get buyers off the sidelines," adds Ali Wolf, director of economic research at Meyers Research. "Consumers should take advantage of the returned purchasing power, and in fact, we're already seeing early 2019 data that suggest they are."

But don't get complacent, Hale warns: "I do think that the long-term direction of mortgage rates is going to be back up. We’ve still got a strong economy."

4. Rents are rising—and won't be falling anytime soon
Buying a home is a scary-expensive endeavor in the best of circumstances, and when prices are climbing, it can be downright soul-sucking.

But bear this in mind: Rents are rising, too. In fact, they very rarely decline, Hale says. And while buying a home is generally going to cost you more in the short term than renting, you have to look at the bigger picture. Buying means you're building equity—and not forking over your hard-earned dollars to a landlord.

"The challenge will be finding a home that fits needs, some wants, and still stays within the monthly budget," Hale says.

If you can afford to buy now, you'll thank yourself in the long run—and whenever your friends get their annual rent increases.
Print Details
Previous post
Next post
3 Levels of House Hacking: How to Reduce—or Eliminate—Your Housing Expense
The Priciest Homes For Sale in Every State