How to Ace a Co-op Board Interview 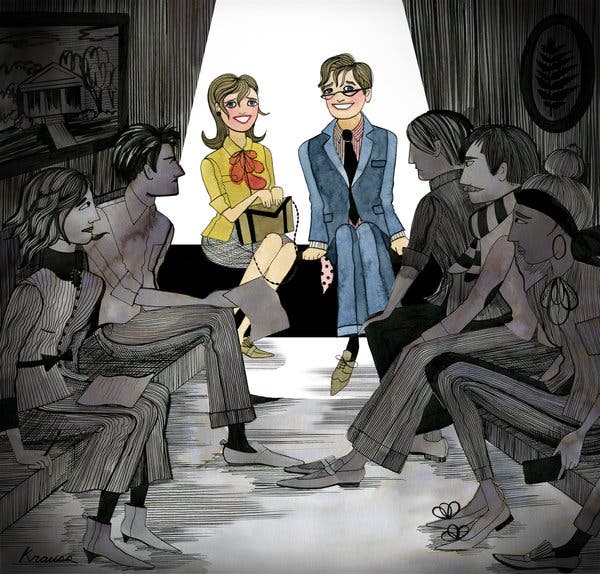 It will be nerve-racking and inscrutable. Just smile and survive.

For New Yorkers trying to buy a co-op apartment, the interview is often a grueling, baffling process.

Few New York City real estate experiences are as surreal. Here you are, days from closing on an apartment, sitting in a room across from people you hope to call your neighbors, trying to convince them that you’re normal — or at least as normal as they are. You’d think an activity as arcane as a board interview would be a mere formality. Yet it’s not.

The board interview happens at the end of the purchase process, after buyers have been approved for a loan, handed a nonrefundable deposit to the seller, and completed a board package exposing their entire financial life. By this point, buyers are so vested in the sale that they’re hardly in a position to walk away.

But the board members are not done. Most buyers who make it to the interview get the apartment, but some fail this vague test and get red carded. (There is no firm data, but brokers and co-op lawyers estimate that about 3 to 5 percent of co-op applicants get rejected.) The board holds the keys to the clubhouse, and could deny entry without explanation. All a buyer can do is show up and smile.

There are no hard and fast rules for what an interview is or how it should proceed. Some buyers have faced board members playing a good cop/bad cop routine to see if a candidate folds under pressure. Others get riddled with questions about their pedigree: Do they know the right people? Are they in the right social clubs? Then there are the boards that see the event as a chance to break the ice and meet a new neighbor, all while quietly assessing an applicant’s mental state. Walk in the room and there’s no telling what you’ll get.

“It’s like a Shakespeare play — you have all these different characters,” said Karen Kelley, an associate broker for Compass. And a buyer’s job is to figure them out. “Don’t get played by anybody who appears to be your friend, don’t get put off by anybody who is acting like your foe.”

Or, maybe sing an aria.

That’s what Ms. Kelley did when she bought her first apartment on the Upper West Side back when she was a young Manhattan School of Music student and had just landed her first national television commercial. Flush with cash for a down payment, she found a one-bedroom apartment on the third floor of a brownstone with floor-to-ceiling French windows, hardwood floors and a fireplace. “It was Parisian,” she said of the place.

She assumed the board interview was merely an opportunity to meet her new neighbors — they’d already approved her financial package. So when the board members asked her to sing and then retreated to their respective apartments for the performance, she gave it her all, belting out Puccini’s “O Mio Babbino Caro” “I let it rip,” she said.

It didn’t take long for the only board member remaining in the room to motion that she should tone it down. It dawned on Ms. Kelley that this was not a voice audition, but a test to gauge if her voice would trigger a noise complaint. “It was a total realization of ‘Oh no,’” she said.

The audition ended and she agreed to practice at hours that wouldn’t disrupt her downstairs neighbor, who worked from home. With that assurance, she got the apartment. Now, as a real estate agent, Ms. Kelley counsels buyers to choose their words carefully and say as little as possible while still somehow appearing relaxed and personable.

“It’s an inquisition,” said Doreen Courtright, an associate broker at Douglas Elliman. “I always tell my buyers, ‘When you go to the interview, don’t ask questions. Don’t say anything negative at all.’”

In other words, now is not the time to find out anything about the building where you’ll soon be living. So don’t ask when the dated lobby will get a makeover, or how to contact the super for repairs. Just smile and survive.

Boards, meanwhile, see this exercise as a last line of defense against trouble. No one wants to be the one who let a problem shareholder into the community. Steven R. Wagner, a Manhattan real estate lawyer, is the president of the board of Southgate, the co-op where he lives in Midtown Manhattan. He thinks of the board interview as part cocktail party, part mental-health exam. One member of the admissions committee likens the process to “screening for psychosis,” he said.

“If you were having a conversation with me and I was nuts, you’d know it. I’d be saying crazy things, or trying to talk over you; something would be off,” Mr. Wagner said. The same goes for a buyer fielding questions. “You can get a sense of whether that person is playing with a full deck.”

With the bar set so low, most buyers pass the Southgate test, even those who make for terrible conversationalists. At one interview, a woman buying an apartment for her sister came across as dishonest. Her sister, though, seemed lovely.

It doesn’t take much to derail a perfectly tense interview.

Stephanie Sladkus nearly did so at the end of one for a Midtown junior-four that she was buying in 2000 with her husband, Steven D. Sladkus, a real estate lawyer. As the interview wrapped up, the board asked the couple if they had anything they wanted to add. That’s when Ms. Sladkus, who worked in magazine publishing at the time, said, with a straight face, that she liked to jump rope in high heels at three in the morning.

The room fell silent. “It was almost like my head did a slow motion turn left to her, like ‘Whaaaaat?’ ” Mr. Sladkus said.

Ms. Sladkus didn’t see why her comment was a problem. “There was like a beat of silence where Steven’s heart stopped,” she said. “And the board looked at me kind of funny and I went like, ‘Haha, kidding!’ ”

But his wife was unfazed. “I grew up in New Jersey. Who knew about board interviews?” she said. “What’s there to be nervous about? Seriously, we’re two well-groomed, very nice people, we don’t stink. Why shouldn’t you joke?”

The next morning they got the call. The board could take a joke. They got the apartment.

Thank you for contacting us, we'll get back to you shortly.

Sorry, we are unable to send your message at the moment. Please try again later.